Everybody Makes Mistakes: Live at Jam4Dan

by Chris Aytes & The Good Ambition 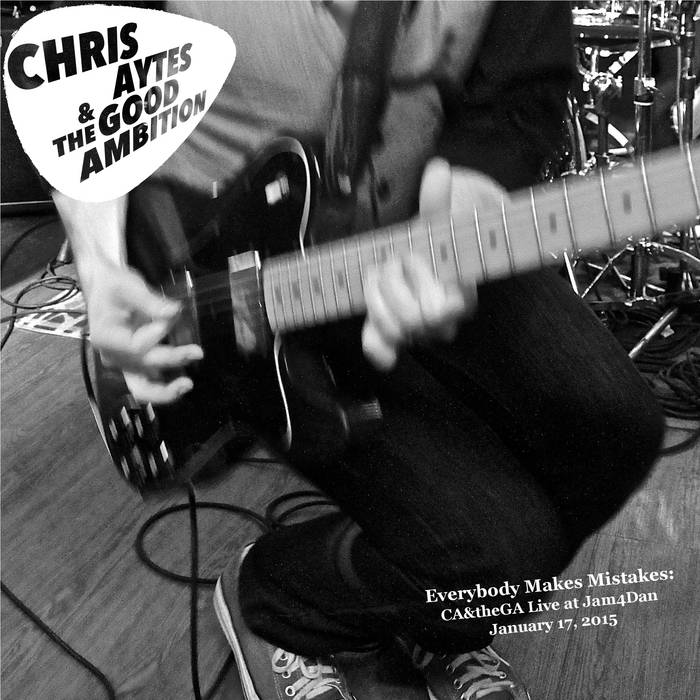 This recording represents an abridged version of the 11 song set CA&theGA performed at Jam4Dan 8 in January of 2015. More of the songs performed may be released someday. Maybe even the whole, uncut show. Maybe not. Time will tell.

David Steinlage worked tirelessly to capture great audio all weekend long during the 3-day event. He provided Chris with the raw tracks from CA&theGA's performance in the weeks after the show. Chris mixed, listened, mixed, listened, made some choices, and then edited together the EP we now have.

This 6-song set is made up of 3 separate 2-song sections from the beginning, middle, and end of the original performance, respectably, all edited together seamlessly through the magic of modern technology and a little creative problem solving. This album was mixed with an old-school live album approach. You can hear Chris' guitar on the left channel and David's on the right, for anyone wondering who is who.

This special recording captures a very new lineup of The Good Ambition, only a few gigs into its existence. Even more, this show happened in the middle of a hiatus the band was experiencing. The result is an energetic, fun, messy at times recording of a band still getting to know each other a bit and, due to the nature of the festival stage set-up, not even playing on their own actual equipment. It's also a recording of four people very happy to be on stage with each other after a few months of downtime. The drummer was also very pregnant for this performance (one of the reasons for the bands hiatus).

Two tracks in this set are well-established but as-yet-unreleased live favorites. "We're Gonna Rock'n'Roll" and "Waiting For You" are now available for the first time. The middle set, "Move On Now" and "Old Friend" are from the first CA&theGA album, "The Movement." Both tunes have been revived and re-created with David Schaffer and Doug Griffin behind them, and stuck out to everyone as the centerpiece of the set. They are now the centerpiece of this EP.

Jam4Dan is an annual event in Topeka, KS that showcases local and regional talent and raises money for local music education. Chris has served on their Board of Trustees as concert coordinator and MC for the past 3 years. Find out more about the event at www.jam4dan.com.

Mixed and mastered by Chris Aytes.

All songs written by and © Chris Aytes.

Rock'n'Roll is good for you.

Bandcamp Daily  your guide to the world of Bandcamp

Tropical and transportive tunes with guests Coco Maria and Anchorsong.